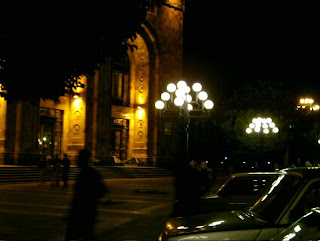 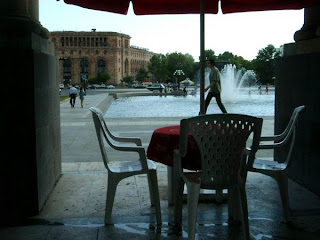 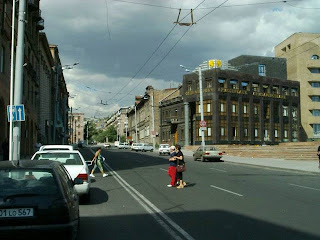 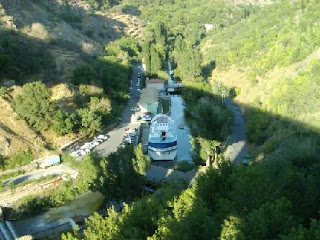 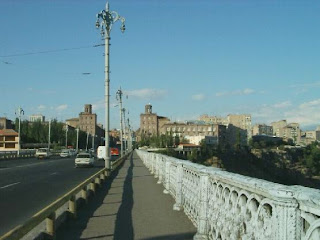 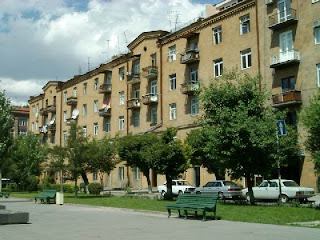 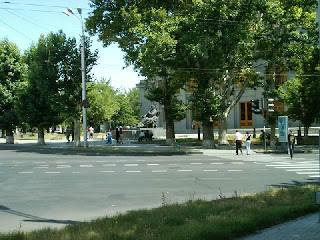 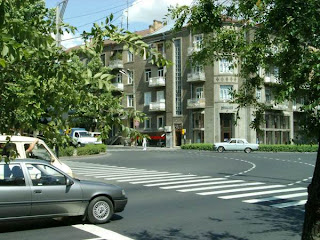 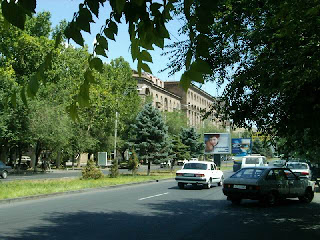 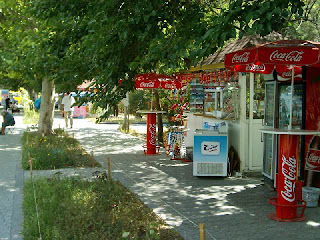 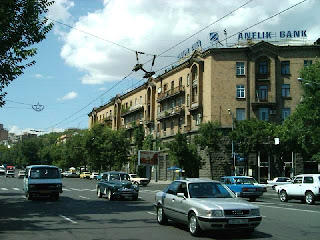 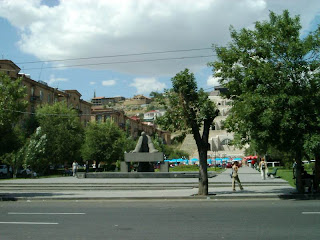 Yerevan's architect, he lived in 30-ies and designed the nowaday's
central Yerevan, and the whole city's face.
at September 23, 2005 No comments: 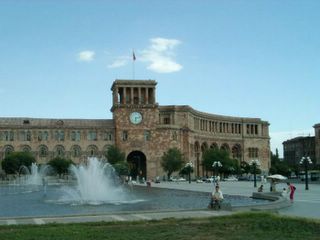 The Central Square At Night 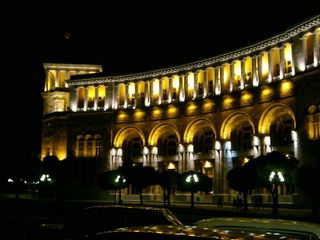 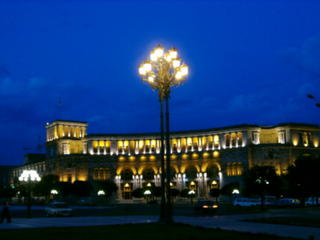 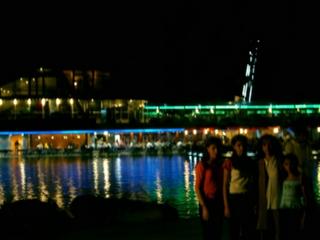 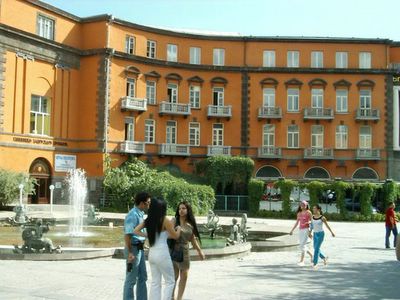 Aznavour square in Yerevan, after the great Armenian (was a citizen of France) singer Charles Aznavour. He did much during and after 1988 earthquake, a lot of donations and organizing beneficiary events.
at September 10, 2005 No comments: 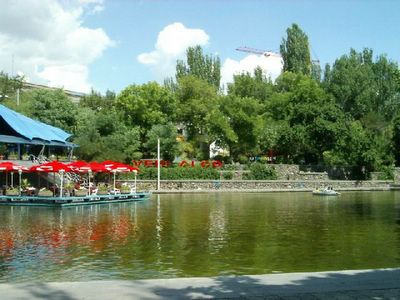 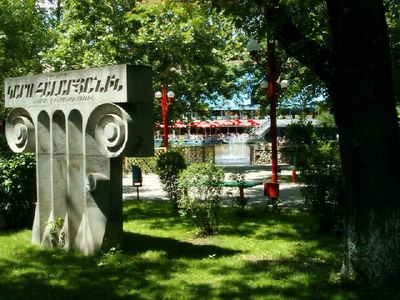 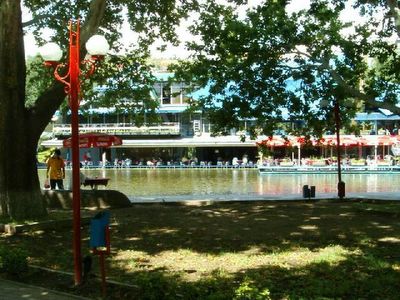 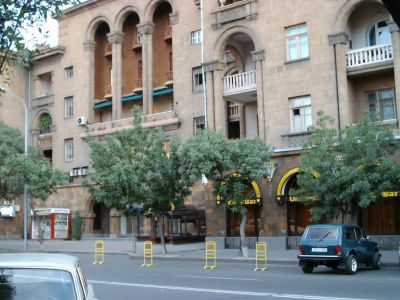 One of main central streets in the capital, named after a revolutionist in the Soviet early times.

This street is now full of restaurants, cafes, and shops. You can visit here Slavianskaya restaurant, as its name predicts, with Russian style elegant restaurant.

There are also the biggest library of the country, plus a famous shop for Armenian brandy of grapes, Konyak. 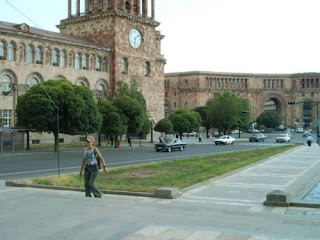 Armenia (Armenian: Հայաստան, Hayastan, Հայք, Hayq), officially the Republic of Armenia, is a landlocked mountainous country in the Southern Caucasus (Transcaucasus), bordered by Turkey to the west, Georgia to the north, Azerbaijan to the east, and Iran and the Nakhichevan exclave of Azerbaijan to the south. A former republic of the Soviet Union, Armenia is one of the oldest and most historic civilizations in the world, as well as the first nation to adopt Christianity as its official religion. Although Armenia is constitutionally a secular state, the Christian faith plays a major role in both its history and the identification of the Armenian people.

Armenia is currently a member of more than 35 different international organizations including the United Nations, the Council of Europe, the Commonwealth of Independent States, and the World Trade Organization. It is also an observer member of the Eurasian Economic Community, La Francophonie, and the Non-Aligned Movement. The country is an emerging democracy and because of its strategic location, it lies among both the Russian and American spheres of influence.

see the full information on
Wikipedia, Armenia.
at June 11, 2005 No comments:

Hovic Atokian
I'm an amateur photographer, I live in Aleppo. All pictures are taken by my non-so-smart digital cam. Please see the creative commons rules below to how to use the photos.